With the release of BMC Remedy 18.05, a new administrative console is introduced called Remedy Management Console. The existence of this particular console helps to simplify administration of Remedy especially in the Server Group environments.

An administrator user can access this console by accessing Remedy Management Console > AR System Server Group Console. When you first land on this console, it will provide the Server Group Dashboard which provides a high level overview of your server group health. 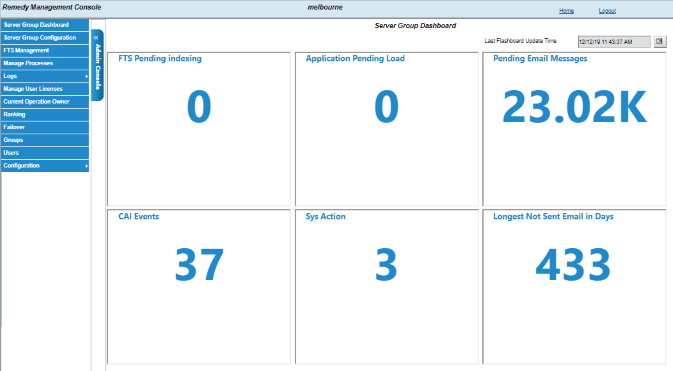 On the left navigation pane you will have list of sub-modules / functions you can perform using this particular consoles, some are existing functions which have been there from the older Remedy versions i.e.: FTS Management, Groups, Users, etc. and there are some new ones which are very useful to have in your arsenal. This blog series will focus more to touch base on the latter. 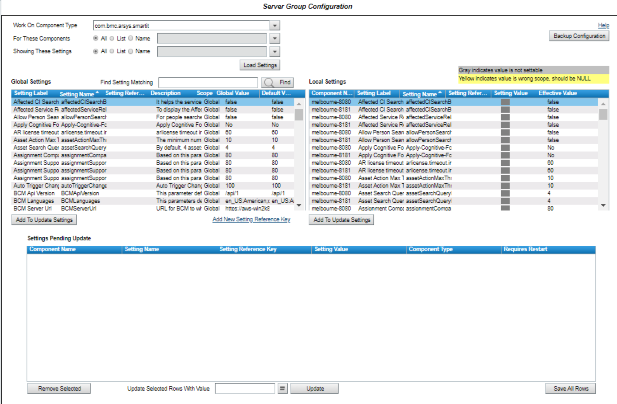 Note: You cannot create a component-specific or setting-specific backup

In the second part of this three-part series blog, we will cover more on how to manage server group configuration for server processes.